(we don’t know where we are) 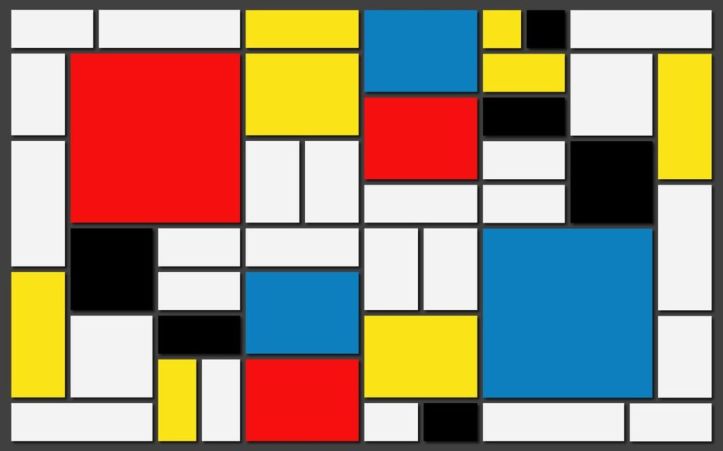 You stay home from work today, like you stayed home yesterday, because you have what you hope is just a cold. You hope it is just a cold, but right now anything could be anything. You try not to think too hard about that. Normally, because you are a rule follower, you would power through and go to work. You’d take an ibuprofen, apologize for your raspy voice, and make a point of being there. But now, because you are a rule follower, you are supposed to stay home. You find this deeply confusing.

Last night during the wee hours, you worried. You worried about your own health, and your children, and your partner. One worry led to another worry. The market crashing. Climate change. The 2020 elections. Last night you slept two hours. The night before you slept three. It’s a wonder that you sleep at all. It’s a wonder that anybody sleeps ever.

And so today you stay home from work, and also you go to work. It’s a thing called Zoom. A thing you’ve been avoiding for months because you find it uncomfortable to talk to a glitchy disembodied head, or—worse—be a glitchy disembodied head. People talk about it like it’s nothing—just Zoom him into the meeting!—but it’s not nothing. To talk to someone who’s not there as if he’s there requires you to hold two spaces in your brain at once.

You Zoom into a two-hour department meeting, and must confront your own image as a small square on the screen. Your face has so many shadows. You try not to focus on it. You are one of two Zoomers, and all of the other colleagues are sitting at tables. There is a moment in the meeting where they are passing papers around, and one colleague says “Can you pass it to Jenn next?” and the other colleague gets confused.  “What?” he asks. The first colleague nods to the other side of the table. He meant the other Jen, not you. “I thought maybe there was some new high-tech thing I didn’t know about,” he says, and right as everyone starts to laugh, right as you are picturing your colleague reaching through the screen, there is an electronic ding that comes from someone’s device—maybe yours—like a sound effect, a page being passed through the void, and you are launched (even deeper) out of time and space.

Two hours later, you Zoom into another meeting—this one is for all faculty. You can’t see the colleagues who are sitting in the lecture hall, but you can see all of the little square Zoomers. They, like you, are at their homes. You can see somebody’s wall art (a still life), and somebody’s couch, and somebody’s curtain, and even somebody’s girlfriend, and somebody stifles a yawn, and all these little squares that are on your own computer screen are also projected, Brady-Bunch-style, on a backdrop screen which the President and the VP speak in front of. The squares are faint, but you can make out your own. You move your head to the side to make sure it’s you.

The VP is talking about how maybe we will use Zoom to teach classes for who-knows-how-long, and you are scrolling through all the little square faces, and all of a sudden your heart skips when you scroll to a colleague you haven’t seen in months. He visited family in China over the break and hasn’t been able to return, and his absence has been a little ghost in your world: the empty office down the hall. Your eyes well up at the sight of him. Your eyes well up at the sight of him, and then you realize that your welled-up face is being projected on the Brady-Bunch screen.

After the meeting, you feel brain-tired. The no-sleep is catching up. You climb into bed with a weighted blanket, listen to Pam Huston read about tending to Earth in her final days (it’s comforting!), and try to let your brain unwind itself. You remind yourself that you haven’t left the house in two days, and it feels so strangely untrue. Weren’t you at work? you ask yourself. Yes, but you were on Zoom, you answer. You can picture the lecture hall. You can picture the room with the tables. You really thought you were there.

Last night, before you went to bed and couldn’t sleep, you talked on the phone with a colleague who is also a friend. You told her, “I don’t even know what I’m supposed to picture. Like, I’m panicking, but I don’t even have clear scenarios in mind. Like, all I know is we’re going to lose people, right?”