I Will Probably Stop Breastfeeding Someday 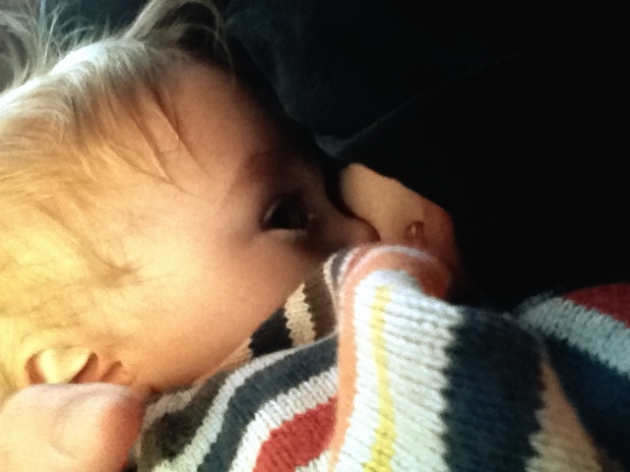 I breastfed my first son until he was nearly three. I had felt ready to quit for about six months before we actually quit, and once he was fully weaned I relished the freedom. I could wear dresses again, and put my son to bed with just a bedtime story and a hug, but most of all I enjoyed being in my body and not having to share it all the time.

When we decided to have a second child, I wasn’t so excited by the prospect of starting all over again—buying the nursing tanks, setting up the pump, drinking all that water, leaking all over my shirts. And, if I’m going to be honest here, what I truly dreaded was the feeling of being sucked on all the time. And so, I made myself a promise: if I wanted to, I could wean the baby at twelve months. I live in a community that supports extended nursing, and I’m a believer in its benefits; but I also believe in paying attention to my own limits, so  I decided that a year was good enough.

However, my son is twelve months now and we still nurse all the time. In spite of the fact that I have my own permission to wean him, we seem to be going strong.  Right now, as he sleeps, I’m taking stock of the various ways I feel about that.

1. Stretchy: Now that my baby is strong and mobile, nursing sometimes has this acrobatic element. In the mornings, he often wakes at five and I nurse him to see if I can get another hour of rest. Sometimes it works and we doze together, but just as often he squirms and pulls. I am both impressed with and horrified by how far he can stretch me.  I’m thirty-seven years old, which means that my self-image depends on maintaining some illusions about my own body. I try not to take stock of myself when I’m in unflattering positions. But when the baby is able to stretch my left breast to the next room, my vanity dies a little bit.

2. Lazy: One of the major reasons I won’t wean this month or next is that nursing is just too convenient. When the baby bonks his head, or just decides to be cranky we can plop down on the couch and check out for a minute or two. Bedtimes are easy. My partner can put the baby to sleep, but it takes actual work for her—twenty minutes of crying and rocking. For me it takes ten minutes of nursing while I sit on bed and scroll through my Facebook feed on my iPhone. And on the rare occasion when it doesn’t work, I have this excuse: since I nurse him, he won’t go to sleep for me any other way. I get to hand him off to my partner for Bedtime Round 2.

3. Tired: It’s true that I might be sleeping better if I night-weaned. Two months ago we moved the baby from our bed into his own crib, and surprisingly he seems to love it there. Still, he wakes up to nurse as soon as I come to bed, and then sometimes wakes me up a second time, reminding me to move him back to his own crib. Often there’s a third time and a fourth time. I’m willing to believe that he would now sleep through the night if he knew there was no milk in store for him. But refer back to #2. I’m too lazy to take this on.

4. Totally Awesome: I have plenty of shortcomings as a parent. There are days when I’m distracted, and days when I let my older son eat gummy bears with breakfast because I don’t feel like putting up a fight. The baby can’t tell me if he’s too hot or too cold, and so I tend to assume he’s just fine when maybe I should worry. But nursing is something I can do, and I like to think that it’s a trade for all of the things I can’t or don’t do. On the days I don’t offer the baby broccoli, at least he got some nutrients from my milk. On the days I don’t make him wear a hat, at least my milk will help him fight the cold we’re about to catch. And on the days I stay at work too late, or get annoyed because he’s whinier than usual, at least I can pull him up against me and together we’ll have one of those long nursing moments where we look at each other, and then off into space, and then at each other again. 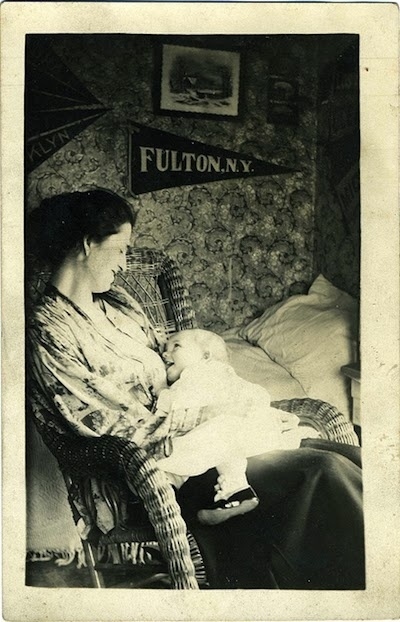